“The Road From Damascus” 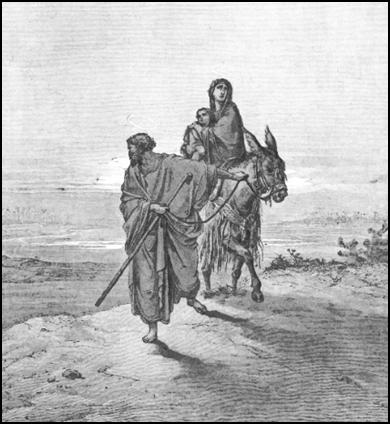 Since the beginning of the Syrian war four years ago, over 250.000 people have been killed. Today nearly 7.6 million Syrians, out of a prewar population of 21 million, are internally displaced. The number of Syrians fleeing their country is estimated at 4.27 million making them the largest refugee population in the world. To offer a more local perspective, Syria is the size of New England, the number of dead equals the population of the cities of Cambridge and Springfield combined, the total internally displaced persons equals the combined population of Massachusetts and Rhode Island, the number of Syrian refugees is equal to the combined population of Vermont, New Hampshire, Maine and Rhode Island. If it were happening here, chances are very high we would be or know someone directly affected by this catastrophic social upheaval. Since the start of the war in March 2011, the United States has accepted about 2,200 Syrian refugees, most of whom were admitted during this current year due to the lengthy and rigorous vetting process in place to screen refugees from Syria. A Syrian entering the country today began the process at least 18 months ago and in most cases two or three years ago. The newly admitted refugee left Syria over a year and a half ago and lived in Lebanon, Jordan, Turkey, Iraq or Egypt awaiting processing by the UN High Commission for Refugees. The refugee from Syria has been screened by the UN HCR before being referred to the United States Government for resettlement. Then the Office of Homeland Security, the FBI, the Defense Department and the CIA among other intelligence agencies begin the intense screening process required by the US Government. The Syrian refugee is the most interviewed and investigated person to ever enter the United States of America. In Massachusetts we have settled less than one hundred fifty refugees from Syria since 2011. Tragically, the most recent terrorist attacks in the Near East, Africa and Europe have triggered a visceral reaction here in our country aimed at the refugees from Syria. Several cities and states say they will not welcome the Syrians. A refugee 'camp' to protect the general population has been proposed. Legislation to put on 'pause' the acceptance of Syrian refugees is now proceeding thru congress. Plans are in the works to redouble the already arduous vetting process in place for immigrants from Syria. A 'religious' litmus test for refugees has been proposed. We even hear of 'rounding up' all recently arrived Syrians for deportation. These sentiments have fueled the underlying xenophobic quarter of our American population. This ‘labeling’ of Syrian refugees in the name of ‘security’ reveals the deeper racial and religious prejudice that lays close to the surface of our society. Syrian refugees, who had nothing to do with these attacks, are now scapegoated as potential terrorists and threatened with exclusion. The tragic irony of this vitriolic reaction is that the refugees from Syria are fleeing the exact same violence we have witnessed in Paris. They are vulnerable innocent people fleeing for their lives. They cannot be blamed for the heinous crimes of a terrorist organization. Today, Americas religious leaders and churches, including our own Antiochian Orthodox Archdiocese, are discussing and proposing effective ways to combat this unwarranted hostile backlash and express solidarity with the Syrian refugees who are already here and those whom we expect to welcome. The simplest and most basic Christian response to the current crisis is best found in the poignant reply Christ offered when a lawyer asked, ‘And who is my neighbor?” The compassion of the Good Samaritan compelled him to rush to the aid of someone who was the victim of violence. The fact that the hero of the story was a Samaritan who represented a race and religion loathed and despised by the majority was not lost on Christ’s audience. Today’s Good Samaritan is a Sunni aiding a Shiite, a Yazidi aiding a Sunni, a Druze aiding a Wahabi, a Christian aiding a Moslem. In this season of the Nativity we should not forget that Christ Himself was a refugee, fleeing violence and murder at the hands of oppressive rulers even as a newborn infant. His own ‘vetting’ process took Him to the Cross and the Empty Grave. If, like St. Paul on the road to Damascus, we have truly “put on Christ” and if like the lawyer we honestly desire to inherit eternal life; then we will“Love God with our whole heart and soul and mind and strength and our neighbors as ourselves.”                     Blessings at the Nativity – Fr. +Timothy