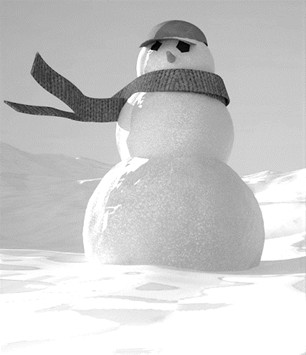 While we may enjoy the unseasonable weather this winter, upper 50’s at Christmas and New Year, yard work in January, trees starting to bloom and birds that usually fly south chirping away in the back yard, there just may be something a little more serious going on here.   When we think of winter in New England we remember snow storms, bone chilling wind or freezing sleet.  Now, we hear about ‘global warming’, the el Niño and la Niña effect and ‘dramatic changes’ in weather patterns.  It all adds up to what the meteorologists and other scientists term as ‘climate change’.  The global consensus is pretty clear that whether it snows in Los Angeles or apple trees bud in New England in January the manmade impact on the natural environment has a major role to play in these abnormalities.

The year 2016 is now on record as the ‘warmest year globally in recorded history’. The scientific evidence lays out a convincing case for the role of manmade pollution of the environment in drastic climate change coupled with dramatic long term negative social and economic consequences.  The argument around ‘climate change’, ecology and environmentalism is often seen as a secular discussion in which the Church has no voice; nothing could be further from the truth.

Although not well publicized and generally overlooked by the media, the Church has a prominent voice in and a respected position on these and other global concerns.  For at least the last twenty-five years, the Orthodox Church has struggled to stir the conscience of the world about the growing ecological crisis.  The ‘greening’ of the Church took on new significance under the current Ecumenical Patriarch, Bartholomew I.  In the early 1990’s he convened a conference of theologians and scientists to examine the long term effects of manmade pollution on the future of the planet. The conference continues to convene regularly and its several committees are active in global policy concerns.  Known as the ‘Green Patriarch’ for the leadership he has demonstrated in this area, he has encouraged the Church to take an active role in instituting measures to ensure the conservation of nature and the planet.

The Patriarch has equated deliberate attacks on the environment with conscious and deliberate sin.  He has urged all Christians to act “as priests of creation in order to reverse the descending spiral of ecological degradation”. The Orthodox Church argues and teaches that we “are to practice a voluntary self-limitation of food and natural resources.  Each of us is called to make a crucial distinction between what we want and what we need.  Only through such self-denial, through our willingness to forgo and to say ‘no’ or ‘enough’ will we discover our true human place in the universe.”It has been over ten years since both the Orthodox Church and the Roman Catholic Church issued a joint communique on the environmental crisis stating that, “In face of the great threats to the natural environment, we want to express our concern at the negative consequences for humanity and for the whole of creation which can result from economic and technical progress that knows no limits.  As religious leaders, we consider it our responsibility to encourage and to support all efforts made to protect and preserve God’s creation”.  The shared concern of both the Patriarch and the Pope reflects a deep theological and Biblical stream that links the two Churches through their shared sacramental, liturgical and Eucharistic understanding of the sanctity of creation and mandating our responsibility as conscientious stewards of this Earth.

Today, our new government appears to be suspicious if not out-and-out hostile to the rational arguments for the human role and responsibility for climate change.  For many in the new government, economic gain trumps science and nature.  Speaking for nearly 1.5 billion Catholic and Orthodox believers, over a quarter of the earth’s population, the leaders of the Orthodox and Catholic Churches have demonstrated in the clearest possible terms that the Church takes seriously her role as a visible and active participant in the environmental dialogue.  Persuaded by the prevailing science and responding to the social and economic concerns of the global community, the Church has declared her place on the side of those who advocate for effective measures to curtail humanities role in the willful defilement of God’s creation.  Perhaps, if the powers that be heed their words, birds will migrate, flowers will bloom and snow will fall when and where it always has.