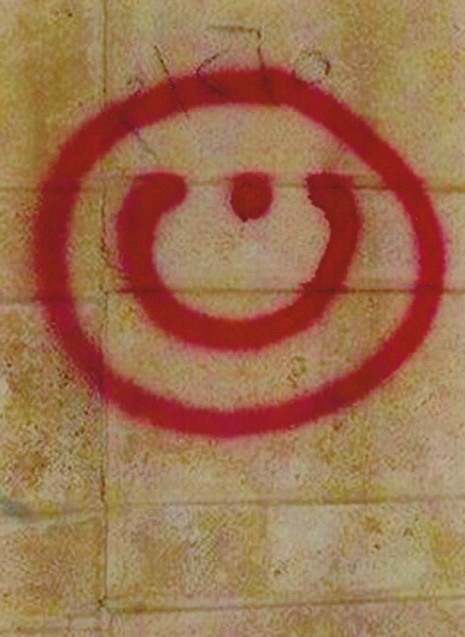 Early this summer we celebrated a wedding that included several family members visiting here from Mosul, Iraq.  It was wonderful to welcome them and to celebrate such a joyous occasion together.  A week later they had returned home to Mosul.  Within days of their return the notorious Islamic terrorist group known as The Islamic State [ISIS or Da’ish] overran the area and issued orders that all Christians in Mosul must renounce their faith or be ‘put to the sword’.   The Islamists systematically targeted the Christians’ homes and businesses marking them with a red  ن  (Arabic letter “noon” equivalent to the letter N). The  ن  stands for ‘Nasara’ (Nazarenes), a pejorative word for Christians used by many Muslims. The region of Mosul once played a prominent role in Christian history. In the first and second centuries the Assyrians, who are to this day the local indigenous population, were among the first people to embrace Christianity. The early Church thrived in the region and many theologians, Church Fathers and Saints, including St. Mari, St. Ephraim the Syrian and St. Isaac of Nineveh are associated with this area.  Now, there are no Christians left in Mosul.

I inquired about the people we had met and was told they were forced to close the family business they had operated for nearly 150 years and to abandon their home.  They took only a couple of suitcases and personal items and drove out of town.  At an ISIS checkpoint, the terrorists confiscated their identity papers, passports, driver’s licenses and other personal papers. They handed over their suitcases and other belongings.  They were robbed of their jewelry and their car.  They were told that all their possessions now belonged to the Islamic State.  The family was ordered to walk away from town.  They joined a procession of nearly three thousand fellow Christians forced out of Mosul that day.  Fortunately they found temporary refuge in a Christian village out of range of the Islamic terrorists and are safe for the time being.  The Islamic State terrorists, as we know, are still making advances in the region and the sizable Christian population there remains at risk.

The Islamic State uses the red   ن as a mark of shame; we must make it a symbol of pride, honor and hope.  Persecuted Christians should know that we stand in solidarity with them.  Our brothers and sisters should not be forced to abandon the land of our faith’s birth.  Here at St. George we have printed post cards with the symbol to display on the doors of our homes and in the windows of our cars.  We have printed t-shirts to wear that express our solidarity with our persecuted co-religious.   These may be small displays of solidarity on our part given the enormity and tragic nature of these ever unfolding events, but it does give us the opportunity to make a catastrophic story known.

As the persecution of Christians in Mosul unfolded I was baffled that it wasn’t receiving greater media attention.  I did see an occasional ‘ticker tape’ news item scroll along the bottom of my T.V. screen but no in depth reporting.  How could the threat of beheading a population because of their religion go unreported in the 21st century?

Since the beginning of the civil war in Syria, I was aware of the deliberate targeting of Christians.  Through our Church sources and relatives as well as our own visits to the region we have firsthand knowledge of churches, monasteries, cemeteries and shrines being desecrated and destroyed by fanatic Islamists seeking the eradication of a Christian presence in the Near East [Mesopotamia and Greater Syria].  We have accounts of bishops, priests and nuns being kidnapped, tortured and executed.  We know of crucifixions taking place during Holy Week.  Now we see a major city and indeed a whole region being de-Christianized.  Still, it’s not worthy of focus, much less in-depth analysis by our news media.  Why? Commenting on the fate of Christians in Iraq, one European journalist noted that, “We ignore too many things and even more indefensibly, we pretend not to see many things.”  Last month in Lebanon a French journalist explained to me that, “Christianity is no longer a point of reference when we report a story.”  I guess he meant that we don’t really count.  One observer wondered if such silence would prevail if some other religious group was being persecuted.  Actually, this question was answered just a few weeks ago when the Islamic State branded a small religious minority as heretics and blasphemers and threatened them with extinction.  The Yazidi were forced from their villages in northern Iraq and marched out into the wilderness to die.  Overnight, the world media clamored to their defense and even the U.S. came to their aid with air-drops of food and water.  While we pray for these innocent victims of hatred, lamenting their plight and applaud attempts to rescue them, we wonder where a similar outcry was on behalf of Iraqi Christians who just weeks prior to this were faced with the same religious genocide?

In his book, “The Global War on Christians”, the journalist and Boston Globe reporter, John L. Allen Jr. attempts to answer this perplexing question. Drawing from his decades of experience as an international religious editor and reporter, Mr. Allen states that the persecution of Christians is the, “most dramatic religion story of the early 21st century, yet one that most people in the West have little idea is even happening… Christians today indisputably form the most persecuted religious body on the planet, and too often its new martyrs suffer in silence.”  Mr. Allen warns, “It’s time to wake up”.

His book should be read by anyone interested in the plight of Christians in the wake of the tragic social and political upheaval now sweeping across the Near East.  Here at St. George we will continue to do what we can to make their story known, give them a voice and support them in any way possible.  They are our sisters and brothers in the faith. We ask God to protect and defend them and to bless us as we advocate on their behalf.