Saint of the Month - St. Sophrony of Essex 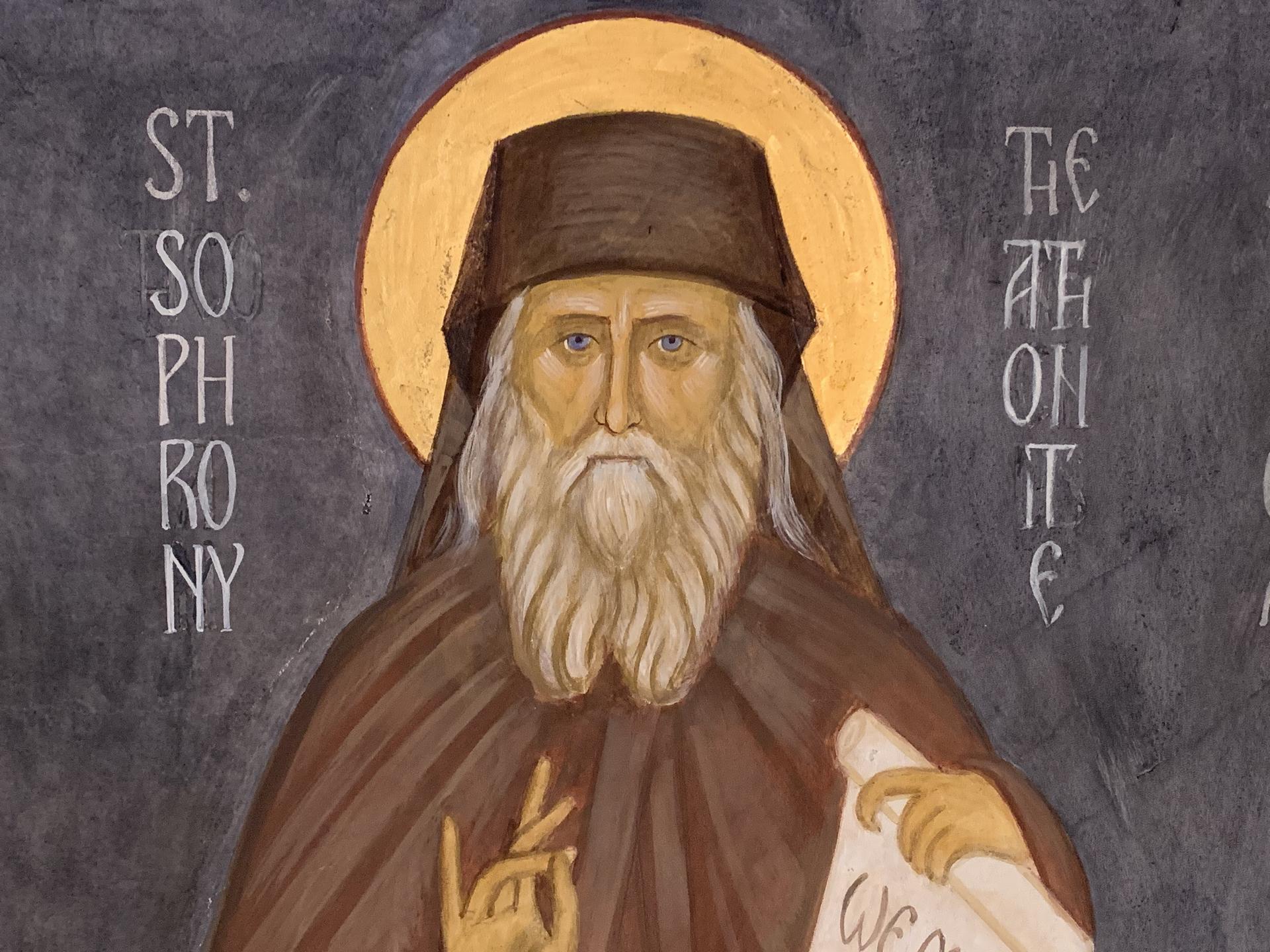 He was born in Russia in 1896. As a young man, he lived an artist's life, trying to succeed as a painter while engaging in a wide-ranging spiritual search which
included study of the Eastern religions. He fled to Paris during the Russian Revolution. There he rediscovered the Orthodoxy of his childhood and gave his life wholly
to repentance and prayer, often spending hours at a time prostrated and weeping on the floor of his Paris apartment. In 1925 he moved to Mt Athos, where he
lived as a monk for more than twenty years. On the Holy Mountain he became the spiritual child of the holy elder St. Silouan. After St Silouan's repose, his own health badly damaged by living in a damp cave, he was granted permission by his monastery to leave the Holy Mountain and write a life of St Silouan. This is “St Silouan of Mt Athos”, a great spiritual treasure which includes the writings of the Saint as well as Fr Sophrony's profound reflections on his life. (It was largely through Fr Sophrony's work that St Silouan, who lived an almost completely hidden life, was glorified by the Church).

In 1959 Fr Sophrony founded the Monastery of St John the Baptist in Essex, England, where he lived until his repose. He was a spiritual father to Metropolitan
Hierotheos of Nafpakthos, one of present-day Orthodoxy's most profound spiritual writers, who has said this about him: "I ascertained from almost the first meeting... that Father Sophrony was a Theologian of our Church, a God-seer. I realized, that is, that the Elder had seen the Uncreated Light... I had discerned that he was truly a God-seer, because otherwise his whole life, his whole demeanor, the words he said, the counsels, and in any case his whole personality, could not be justified. He was literally altered by the uncreated Grace of God." At Essex, he was known as spiritual father to many and (little publicized) as a wonderworker and intercessor. He reposed in peace in 1993. In 2019 He was formally glorified as a Saint of the Church by the Patriarchate of Constantinople. Any who wish to drink from the deep well of his teaching can read (in addition to St Silouan) his books “On Prayer “and “We Shall See Him As He Is”.

Quotes from St. Sophrony of Essex:

“It is essential to read the Gospel, that incomparable book. Then our life will be built
up on the basis of the Word of God. And we will begin to think and make decisions in the
spirit of the Divine commandments. How beautiful, when one begins to think like the
Creator of this world!”

“When we begin to lead the Christian life, all our labor, all our struggle is directed
towards accepting evenour enemies with love. In this consists the Christian’s martyric

“We do not think about how to change the world with our own powers. We strive to
receive strength from God in order to act at all times with love.”
“Life without Christ is tasteless, sad, and forlorn.”

Through the Prayers and Intercession of St. Sophrony, Lord Jesus Christ our God, have mercy and save us. Amen